The Most Commonly Used Drugs by Teens

Teenage drug abuse has become a major problem. People who begin to abuse drugs during adolescence are more likely to become addicted than those who do during adulthood. The body is in a vital stage of development during the teenage years and the brain is not yet fully mature – especially in the region of the brain associated with impulse control. This is partly why it is more likely for teens to experiment with drugs in addition to other factors, including stress, peer pressure and issues with self-confidence.

Parents, caregivers and schoolteachers are growing increasingly concerned with the number of adolescents abusing drugs is rapidly increasing. If you suspect your teen is using drugs or battling addiction, you might want to know what the most commonly used drugs by teens are so you can better help him or her.

What are the Most Commonly Used Drugs by Teens?

There are several common teen drugs with different rates of use and effects. Currently, the most commonly used drugs by teens aside from alcohol and cigarettes are marijuana, painkillers/prescription drugs, cocaine, stimulants and Spice/K2.

Marijuana is easy for teens to obtain and may be one reason why it is so popular. Even though laws have passed legalizing recreational marijuana use in some states, marijuana use in adolescents has declined. Less than 6% of students in 12th grade use marijuana daily. Furthermore, data from the National Survey on Drug Use reveals that 0.7% of 8th graders use the substance daily and that 3.4% of 10th grade students do. Some experts believe that because marijuana has been found to have a lower risk of use that some teens find it less interesting to try.

Painkillers and prescription drug abuse is also common among teens, including narcotics such as OxyContin and Vicodin. The National Survey on Drug use found that 3.4% of 12th graders used some type of prescription drugs in the past year. 2.3% of 12th graders, 2.2% of 10th grade students and 0.8% of 8th graders said they used OxyContin in the last year while 1.7% of 12th grade students, 1.1% of 10th graders and 0.6% of 8th graders were found to have used Vicodin in the last 12 months. Many teens combine these drugs with alcohol or other drugs, such as marijuana.

Although cocaine is one of the most commonly used drugs by teens, teen cocaine use is not as common as other drugs, like marijuana. According to the National Survey on Drug Use, only about 2.3% of 12th graders and 1.5% of 10th grade students have used cocaine. Of students in 8th grade, 0.8% have reported using the substance in the past twelve months. It is suspected that cocaine use might be lower due to a limited availability compared to marijuana and some other drugs. Cocaine is often combined with alcohol as teens have reported it allows them to drink more. It is easy to use at home and hide because it can be snorted rather than smoked.

Stimulant drugs are another type of the most commonly used drugs by teens. Stimulant drugs also require a prescription and are used to treat conditions like attention-deficit hyperactivity disorder (ADHD). Adderall and Ritalin are two drugs that are commonly used by teens with about 4.5% of students in 12th grade admitting to Adderall use in the past year without a prescription. Some experts have found teens to prefer stimulant drugs because it increases concentration and alertness so they may be able to better boost academic performance.

Spice and K2 are other names for synthetic marijuana. It is made up of herbs that are sprayed with cannabinoid chemicals. Nearly 3.5% of high school seniors used spice in the last year while 1.6% of 8th graders reported using it. The substance was legal and available for purchase in convenience stores and online until 2011 when many of the ingredients used in it became illegal. Some producers have changed the formation of chemicals in spice, however, making it possible for teens to access the drug.

What Should I Do if I Think My Teen is on Drugs?

If you suspect your teen is using drugs, it can be scary. Many parents become angry at their children for making the decision to use drugs as a teen but the best thing for you to do is try to remain calm and respond with love.

It is also important for you to educate him or her about the dangers of drug abuse and addiction in addition to teaching him about substance abuse treatment and how important it is.

Also know that you don’t need to help your teen on drugs alone. It can be overwhelming to help a teenager by yourself so having a support system not only for your teen but for you can be helpful. You can find help in the form of family, teachers or school counselors and even friends (including your child’s friends). Having a support system can make the challenges ahead seem more bearable.

Finally, contact a professional. Whether it be a family doctor or a behavioral health center that specializes in teen substance use and addiction recovery, treatment from a professional is important for a greater chance at recovery for your loved one.

How Adolescent Wellness Academy can Help Your Teen

The caring professionals at Adolescent Wellness Academy are ready to help and provide support to you and your teen who is battling drug use and addiction. Early intervention is important for your teen before his struggles develop into lifetime issues. Please reach out to a representative today to learn more about how you can get your child on the path to recovery. 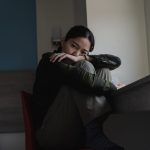 Severe Anxiety in Teenager: How To Get Them HelpMental Health 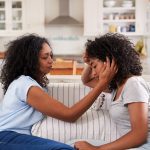