Sober Curious: What Is It?

By Nicole Burson
Posted August 28, 2020
In Addiction
Sober Curious: What Is It?2020-08-282020-08-28https://adolescentwellnessacademy.com/wp-content/uploads/2018/09/awa-final-logo-bigger.pngPrinciples Academy for Adolescent Wellnesshttps://adolescentwellnessacademy.com/wp-content/uploads/2020/08/shutterstock_258726044-scaled.jpg200px200px
0

Each year, usually in January, social media begins to erupt with talk of people participating in “Dry January.” Arising out of the “sober curious,” “sober sometimes,” or “elective Sobriety” movement(s), Dry January, Dry July, and even Sober September all describe a window of time where people challenge themselves and others to see what life is like without alcohol.

So, What Is Sober Curious?

The sober curious movement began as a challenge for those who felt as though they had partied a little too hard over the New Year’s holiday. Sober curious is the term that is often used to describe those who do not necessarily identify as addicts or as having a drinking problem but decide to experiment with complete sobriety to see what changes it can bring to their health. Those who are sober curious make the conscious choice to abstain from drinking alcohol to see what kind of positive benefits it can bring to their lives, not because they have a clinical drinking problem or for any other reason such as religious or otherwise.

It is important to note that this decision is not necessarily a lifelong commitment to sobriety. Choosing to be sober curious is typically done out of curiosity of what it’s like to be sober; hence the term sober curious. Participating in the sober curious movement is generally seen as an alternative to traditional sobriety as would be attained by attending a treatment program. Sober curious participants are encouraged to experiment with how alcohol fits into their lives versus what complete abstinence from alcohol looks like.

What Are the Benefits of Sober Curiosity?

Those who have experimented with sober curiosity report several benefits. The first and most recognized benefit is a change in lifestyle. This includes improved memory of those time spent socializing with friends and the avoidance of potentially embarrassing situations, which can result from the use of too much alcohol.

Abstaining from alcohol also provides more time in one’s life as less time is spent recovering from the effects of alcohol, such as mornings spent hungover. People who try being sober curious often report feeling more focused and feel as though they are able to function better after a night out with friends.

Why Is the Sober Curious Movement Gaining Popularity?

There are likely several reasons for the growing popularity of the sober curious movement. Currently, society is becoming much more health-conscious, and people are realizing that there are significantly more negative than positive effects of alcohol. Consequently, many are choosing to avoid alcohol to have a healthier and more active lifestyle. Even when not excessive or chronic, alcohol consumption can still lead to adverse health effects such as weight gain, risk of alcohol dependence, and increased risk of injury or memory problems. The sober curious movement also coincides with other mindfulness activities’ growing popularity, including meditation and yoga. So, when searching for information on what it means to be sober curious or what the sober curious movement is, you will likely run into descriptions or explanations that include mindful drinking or mindfulness practices.

For those who have become alcohol dependent, taking a short break as is common with sober curiosity is likely not an option. Many who drink heavily or have a chronic relationship with excessive alcohol consumption often struggle to manage their relationship with alcohol. If you are concerned that you are one of the twenty million-plus U.S. people who struggle with alcohol dependence or find that drinking is causing you stress or harm, consider seeking treatment advice. However, if you can and want to experiment with cutting alcohol out of your life, the sober curious movement might be an excellent place to start. 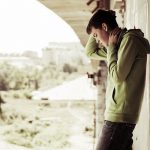 Teen and Addiction Rates on the Rise Addiction 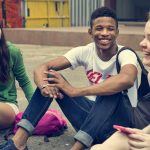