Popular Apps for Teens That Parents Should Be Aware Of

We all use beneficial apps on our smartphones and tablets, but when it comes to teens or tweens, it is important to be on top of the most popular apps for teens. You may have heard of some of the most popular apps, such as Snapchat and TikTok. Some apps that teens use are not as innocent as parents and caregivers may be led to believe.

Apps are, in short, a way to perform nearly any task on a device, such as a phone or a tablet. The term ‘app’ stands for ‘application’. An application is a computer program. But the majority of apps today are programmed to run on mobile devices.

The Popular Apps for Teens

Below is a list of some of the most popular apps for teens that parents should be aware of.

Among us is a multiplayer game of teamwork coupled with betrayal. The space-themed game can accommodate 4-10 players that strive to hold a spaceship together while returning it back to civilization. Players are encouraged to have ‘real’ conversations with members of the app they are playing with. The game initially had an age rating of 16+, due to strong violence, but has since changed to a rating of 9+.  The chat feature does filter out profanity, but conversations can veer off from the game.

Parlor is a social app that enables people to have conversations while talking about the same thing with other users. People can share photos and messages. But the app can be confusing. It was recently banned and there is concern about conversations related to guns and violence. The app was recently cut from Amazon Web Services as well, in addition to Apple and Google, which have each decided to stop distributing the app. Currently, there are enough extremist and violent views associated with the app that it is worth caution.

Snapchat enables users to send videos and photos that seemingly disappear after they are received. Some kids use the app to send racy pics or messages that they do not want anybody else to see. Screenshots can be taken, however, to keep images before they vanish entirely. “Sexting,” or sending sexual messages and images, is a concern among parents.

Instagram is a widely popular photo-sharing site that is owned by Facebook. Instagram, or IG, enables users to use neat filters or create collages to share across Instagram, Facebook, or other social media platforms. Mature or inappropriate content and comments can be found throughout the app. Users can change their settings to block their location to specific followers or make their accounts private, but many users tend to be more casual about settings and are not careful, making connections with people they don’t know well or at all.

VSCO, also known as Visual Supply Company, is a photo-sharing app. It is similar to Instagram. Unlike Instagram, however, private messages cannot be sent through the app. It is a good idea, however, to watch for who follows your child. Accounts can also be made private and location information can be removed for safety.

Originally Musical.ly but now TikTok, this app has over 1 billion users and is available in over 150 countries. TikTok is popular for fun, quick, mobile videos. Anyone, including teens and kids, can create their own videos with filters that are set to some of the most popular music available. One concern is that user accounts are visible to the public by default. Users can be vulnerable to bullying and content that is explicit. Parents need to make sure teens’ accounts are set to private so nobody can reach out to each child individually. TikTok does also offer a restricted mode that can filter out anything deemed inappropriate, so parents may want to enable this mode as well.

WhatsApp may seem innocent on the surface, but nearly any social app requires some degree of monitoring from parents who want to be careful about their teens’ exposure. WhatsApp is a messaging app that enables users to send messages, photos, and videos worldwide. Although teens and tweens may only be able to talk with people who are contacts on their phones, some age-inappropriate content can be shared. This is an issue if users are added to group conversations by other friends, which could expose adolescents to concerning content.

Facebook remains the top social media site, even among teens, despite many other social media platforms available today. This is perhaps due to the fact that many peers of teens continue to remain on the site so they stay too, out of fear of missing something happening on the platform. Facebook may seem relatively harmless, but messages can be made “hidden” and search history can be deleted, meaning certain aspects of secrecy or hidden web searching can be hidden.

Why Popular Apps for Teens Can Be Dangerous

Many popular apps for teens can seem harmless since many other parents allow their teenagers to use them too; however, many parents don’t know the entirety of which apps are used by their teens or do not understand what they are used for. Apps that may seem harmless may include feat]ures that enable teens to engage in activities that are harmful or to share personal information or locations with strangers. Cyber-bullying, avenues for purchasing drugs, and exposure to explicit content are common risks of popular apps for teens.

Adolescent Wellness Academy has your teen’s future in mind. If you have a teen who struggles with mental illness and/or substance abuse, we are ready to help. Some external triggers, such as social media, can contribute to some of these issues, from poor or dangerous influences to avenues of temptation. If you are concerned about your teen’s mental health or substance use problems, reach out to us today to talk to our caring and trained professionals who are dedicated to helping your child along the path to lasting recovery. 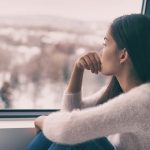