How To Talk To Your Kids About Addiction & Drugs

It’s the talk that nobody ever really wants to have with their kids: that talk about drugs and alcohol.  Unfortunately, not only is it a talk that everyone should have at some point with their kids, not having this talk can lead to dangerous consequences.  Not only are most parents not sure when to bring up the topic, but they are often unsure of what to say and how to say it.  It’s for parents like this that this short guide was created.

First and foremost, a parent should never assume that their child knows what they need to know about drugs and alcohol.  It might be true that kids pick up information, but whether it’s the right information is a dangerous assumption.  For example, many young people believe that in order to get addicted to a drug or to alcohol means that they need continual exposure to the substance, which is absolutely incorrect.  For some people, and in the case of some drugs and alcohol, all it takes is one use to become addicted.  Make sure that your child understands the risk they are taking when they take even the first hit or drink.

A lot of parents aren’t sure when they should begin talking about alcohol and drug abuse with their child, thinking that later, when their children are under more peer pressure, it is a good time.  The trouble is that children today begin encountering peer pressure the first time they walk out their door.   The truth is, however, it’s never too early to talk about alcohol and drug abuse, and the sooner the better.  Substance abuse can start at any time, so why not start your prevention efforts now?

And don’t limit your drug abuse conversations about illegal drugs.  In fact, make a special effort to talk with them about the misuse of prescription medications as well.  Make sure that they know that they should never take a medication that isn’t prescribed to them.

Be frank and honest.  It’s important for parents to be upfront and honest with their kids about alcohol and drug abuse.  After all, you have had many years of exposure to substance abuse, and they know nothing.  What you might consider being common knowledge is probably something they have never heard of, so it’s a good idea that they hear it from you and not somebody else.

Catching Them in the Act

If you suspect that your child is abusing drugs or alcohol, don’t put confronting them off.  Do it now.  the younger your child is when they begin using drugs and alcohol, the better the chances are that they will become addicted, so the sooner you confront them, the better.

Let them explain.  If you suspect that your child has been using drugs or alcohol, don’t begin a scene that allows for no explanation.  This kind of approach only shuts down the communication between you and them.  By allowing them to explain their actions, you can learn more about what led them to start their actions, who gave them the substances, and much more.  With this kind of information, you will be in a better position to stop the abuse and perhaps even the abuser.

At this point in your conversation, it’s a good idea to level with them about problems they might be facing, but let them know that drugs and alcohol are not a good way to deal with them.  Further, you should give them options for dealing with them.

This conversation can take a sharp turn when a child learns that their parents have had problems with alcohol and drugs in the past.  If this is the case, level with them and let them know of your struggles.  Don’t lie, because these things have a way of coming back to haunt you later on.  Explain to them that you did make these same mistakes, but you found a better way of dealing with these issues, and explain that to them too.

Don’t be hesitant to discuss the role of peer pressure.  Everyone knows that it’s tough being a kid.  And peer pressure doesn’t make that problem any better.  Kids today face issues with not only what to do, but how to do it.  Your input, however, can make these issues easier to deal with when you prove to them that there are options other than the dangerous ones, drugs, and alcohol.

If you have a problem thinking of the best way to deal with talking to your kids about drugs and alcohol, try role-playing.  Not only is this method more enjoyable for your child, but it provides a great opportunity to bring up issues that otherwise would never have been approachable in a real conversation.  Either way, the fact that you are discussing the problem of drug and alcohol abuse with your child will put you miles ahead of the parents who won’t. 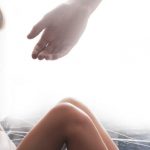 How to Spot Early Signs of Drug AddictionSubstance Abuse 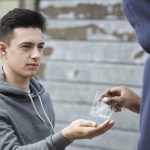 A Guide To Getting Help With Drugs: For TeensSubstance Abuse
CALL US 24/7