How Many Teens Have PTSD?

By Nick
Posted August 31, 2022
In Mental Health
How Many Teens Have PTSD?2022-08-312022-08-31https://adolescentwellnessacademy.com/wp-content/uploads/2018/09/awa-final-logo-bigger.pngPrinciples Academy for Adolescent Wellnesshttps://adolescentwellnessacademy.com/wp-content/uploads/2022/08/awa-blog-1-how-many-teens-have-ptsd.edited-scaled.jpg200px200px
0

Post-Traumatic Stress Disorder (PTSD) is a severe condition caused by a traumatic incident that happened at some point in a person’s life. It leads to flashbacks, nightmares, and other anxiety symptoms. It can significantly reduce the quality of life.

It is sad to think that someone as young as a teenager would have PTSD, yet many adolescents suffer from the condition. If not treated, PTSD can lead to substance abuse issues and other problems that can negatively affect the teen’s trajectory later in life. This article will answer the question of how many teens have PTSD, and discuss what you can do to get your child help.

PTSD is a mental health disorder that occurs in people that have experienced a traumatic incident at some point in their lives. Events that may trigger PTSD include:

Common symptoms of PTSD in teens include:

Trauma does not always lead to PTSD. However, most will feel the effects of trauma and will exhibit PTSD-like symptoms. Whether the person has PTSD depends on:

PTSD doesn’t go away on its own and typically takes specialized care.

How Many Teens Have PTSD?

Statistics show that adolescents aged 13-18 have a 5% lifetime prevalence of PTSD while 1.5% have a severe impairment. PTSD affects females more than males, with females at 8% and males at 2.3%.

What Can Cause PTSD In a Teenager?

It may surprise people that PTSD can occur in someone as young as a teenager, but several events can trigger it. These include:

How to Find PTSD Treatment in Florida

PTSD in adolescents is not easy to deal with, but it can be managed, and in some cases, it can go away completely. It requires a combination of treatments such as:

There are many facilities that help with PTSD, but it can be difficult to find the one that’s right for your teen. It would be best if you considered the environment, the treatments offered, the quality of the staff and more. You can spend quite some time trying to find the perfect facility, or you can save yourself the trouble by contacting the Adolescent Wellness Academy first.

The Adolescent Wellness Academy, a teen treatment center in Davie, FL, offers a staff that understands how the teen brain works. We communicate in a manner that’s relatable and reaches teens on their level. We offer after-school treatment programs that don’t take teens away from their friends and studies. We even provide transportation for teens seeking treatment.

Don’t let PTSD interfere with your child’s ability to enjoy life. Reach out to AWA for the teen PTSD treatment you require. It will be the best decision you ever make for your family. 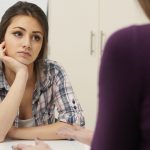 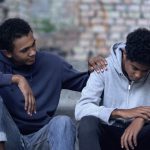